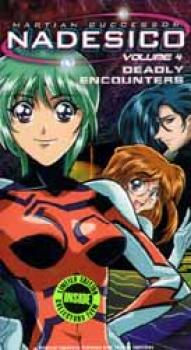 Akito finds himself the object of a romantic rivalry between Yurika and Megumi as the crew of the Nadesico fight battle after battle to defend the Earth. An encounter with a mysterious girl leads to tragedy as Akito and the Aestivalis team take on a new and even more deadly form of Jovian fighter.