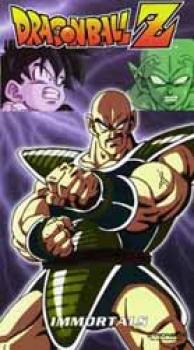 <center>IMMORTALS</center><UL><LI>Episode 17: THE SAIBAMEN STRIKE
The evil Saiyans, Vegeta and Nappa grow plant monsters called Saibamen. Vegeta makes one Saibaman fight against each of Earth¿s Special Forces. The Earth¿s warriors show their newly developed power during the battle, which looks favorable ....until Yamcha is defeated! Krillin decides to finish off the rest of Saibamen by himself to avenge his friend by using his new technique. All the Saibamen are finally beaten, but this battle is only a prologue to the real battle against the Saiyans! Hurry up, Goku! Your friends need you!<LI>Episode 18: NAPPA... THE INVINCIBLE?
Nappa powers up, gets ready for a battle with the Earth¿s Special Forces, and picks Tien as his first prey. Facing Nappa¿s enormous power, no one can get closer to help Tien! Chiaotzu tries sneak attack on Nappa, hoping to save his best friend, Tien, but even with Chiaotzu¿s precious sacrifice, Nappa doesn¿t even get a scratch! Piccolo plans to attack with his teammates while Nappa is concentrating on a fight with Tien, but will it work on one who seems to be invincible?<LI>Episode 19: TIEN GOES ALL OUT!!
Piccolo and Krillin try everything to defeat Nappa, but nothing seems to work. Although seriously injured, Tien uses all his power left to attack Nappa, but his power is not enough to defeat the alien monster. Just as Nappa is about to beat Piccolo and Krillin, Vegeta stops him and calls a three hour break to wait for ¿Kakarot (Goku)¿ that the Earth¿s warriors long for. Meanwhile, Goku finally reaches the check-in station of the Earth!</UL>65 minutes

The image and the text of this item were provided by <a href="http://www.pioneeranimation.com"; target="_blank">Pioneer animation</a>.
Copyright © 2000 Pioneer Entertainment (USA) LP All rights 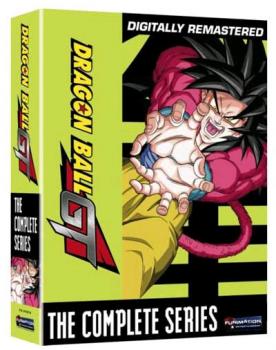 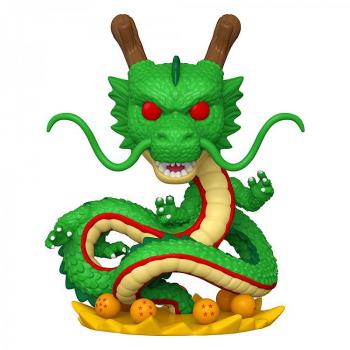