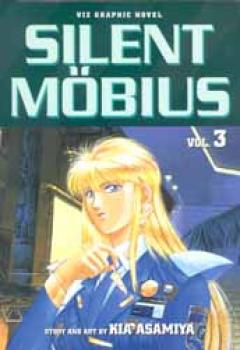 The A.M.P.&#39;s shocking origin is revealed! First Lebia Maverick, the cybernetically powered Visionaire, must track down an intangible criminal that wants Tokyo&#39;s computer network for its own. Then police officer Robert DeVice must stop the flow of Dommel, a drug that turns its victims into monsters. Finally, rally Cheyenne, the founder of the A.M.P., confronts her long-lost sister and the secret origin of the A.M.P. itself¿but after the other agents learn the truth, will the team still exist?