≫ Series not available ≫ Promise of romance, a Novel

Promise of romance, a Novel 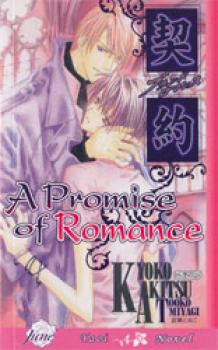 Promise of romance, a Novel

Every girl has dreamt of it at least once in her life... a handsome prince, astride a magnificent steed, coming to scoop her up and ride with her into the sunset.

Edward, an English nobleman, is every bit the handsome prince - except he doesn't have a damsel in distress. After finding out his late father's will stipulates that Edward must be married by the time he reaches age 26 or risk losing control of the family estate and fortune, Edward's relatives have been trying to arrange a marriage for him. Rebelling against his family's wishes, Edward sets off to find himself a wife of his own choosing. But instead, he finds Satsuki - a young, Japanese exchange student attending theater classes at the local college. Of course there's a catch: Satsuki is a boy!

On a friend's suggestion, Edward and Satsuki enter into a contract. Satsuki will cross-dress and agree to a sham marriage with Edward. In exchange, Edward will pay Satsuki for his acting services, shutting his snooty relatives up and allowing him to keep control of the family fortune. Everybody's happy, right? Except for one small thing - what happens when the pair actually fall in love? 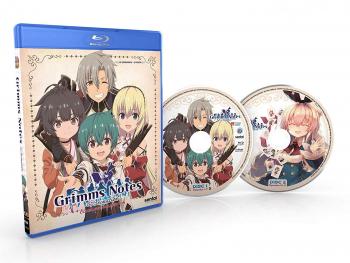