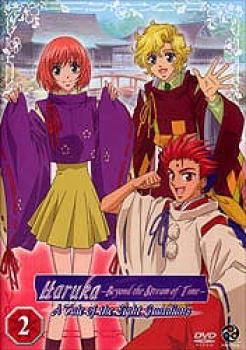 <UL><LI>Episode 3
Akane is safely reunited with the once missing Tenma. However, she is still unable to accept that she is the Priestess of the Dragon God. Amid all this, Akane falls over from a fever of unknown cause. Akane's consciousness departs her body, and she finds herself standing before an old manor. There she sees the sorcerer, Abe-no-Yasuaki, who had come at the request of his master, Abe-no-Seimei, to exorcise vengeful spirits.<LI>Episode 4
Major General, Tachibana-no-Tomomasa, pays a visit to Fujihime's palace as an Imperial messenger, offering the Priestess of the Dragon God, Akane, an invitation to the Flower Purifying Ceremony. The rite is performed to prevent the "Red Stained Cherry Blossoms" from raining its petals on the capital, an occurrence said to bring misfortune. Akane, joined by the Eight Guardians, sets out for the mountains where the ceremony is to be held.<LI>Episode 5
Thoughts of Akram continue to sway Akane, though the quick response of the Eight Guardians in sensing her troubles further proves to her the existence of a mysterious bond connecting the Priestess and Eight Guardians to one another. The reminder that she is not alone fills Akane with joy. Meanwhile, Tenma subconsciously recalls his missing sister, Ran, in Akane. It was Akane who had saved Tenma from despair and his sense of guilt over his role in his sister's disappearance. That is why Tenma is determined to protect Akane, no matter the cost...</UL> 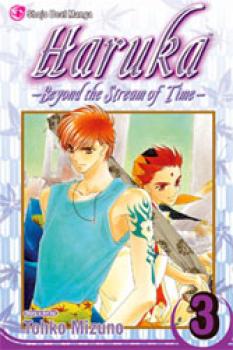