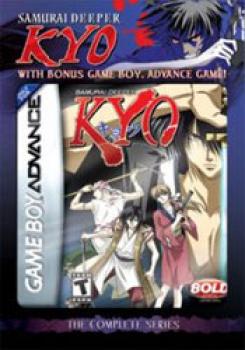 In the year 1600, during the battle of Sekigahara, warriors Kyoshiro Mibu and "Demon Eyes" Kyo - the legendary slayer of a thousand men - engaged in fierce combat. Both men disappeared when a meteor crashed in the battlegrounds. Four years later, Kyoshiro is spotted on a rural highway, acting as a traveling medicine salesman. He is captured by the female bounty hunter Yuya Shiina when she discovers that deep inside him is the dormant personality of "Demon Eyes" Kyo himself. Contains the complete Samurai deeper Kyo TV series (6 DVDs - 650 minutes) and the Samurai deeper Kyo Game Boy Advance game.