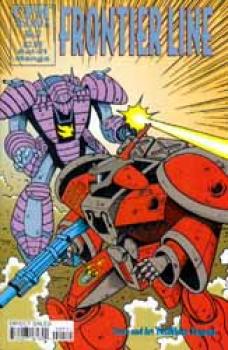 Gilum visits Forina on the home front before he enlists in the Dragoons to tell her that Elion loves her and wants to marry her. But when he joins his unit, he finds out about Elion&#39;s lonely death in battle, and the story flashes back and forward between his time with Forina and the bone-crushing final battle of the North-South war. Story and art by Yoshihisa Tagami, creator of Grey: Digital Target!