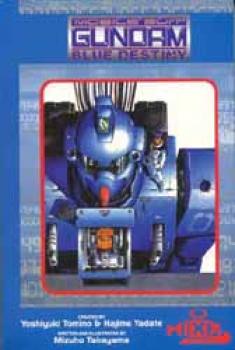 Robotic armed freedom fighters battle for Earth&#39;s future in this intergalactic tale of the battle for freedom. After Earth&#39;s overpopulation sends humans into space to live in space stations, they are abused by the controlling power ¿ the Earth Federation government. Colonists form the Zeon Dukedom to resolve their disputes and rage the One Year War for their independence. Action-packed battles and non-stop fun fills this graphic novel from cover to cover!