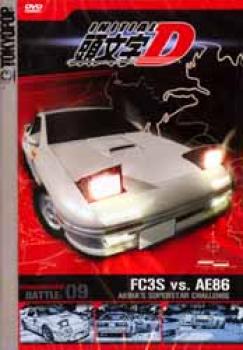 The downhill battle between Tak and Ry heats up as Ry matches every move Tak makes. But Tak ultimately manages to regain his calm, executing a final "inner drop" to win the race. Tak's infamy, however, brings a new team to Gunma, and team Emperor isn't about to be defeated.<UL><LI>Episode 25 - The last battle
It's all on the line as Tak and Ry go head-to-head<LI>Episode 26 - The new downhill legend
Tak defends Akina against the Red Suns' ace driver <LI>Episode 27 - A new threat
A new team comes to town looking to control the roads.</UL>