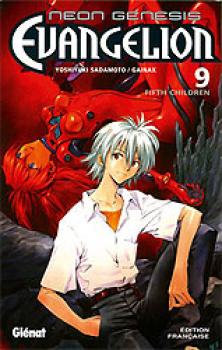 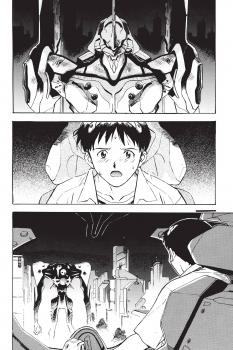 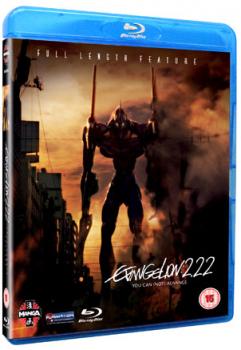 This volume introduces the enigmatic Kaworu Nagisa, the Fifth Child. In the anime, I always found him to be one of the most interesting characters despite his brief screen time. So I was greatly looking forward to his appearance in the manga version. To my surprise, it's drastically different from the events of the anime. Here, Kaworu appears much sooner (he shows up before the second-to-last Angel attacks and causes Asuka's complete mental breakdown). His personality is quite different as well, being far more cynical than his anime counterpart. Shinji also doesn't forge an immediate bond with him the way he did in the anime. In fact, he doesn't trust Kaworu any further than he can thrown him in the manga, and even seems to feel downright threatened by the Fifth Child.
With the manga putting such a strong spin of its own on the familiar events from the anime, this volume is a real page-turner for both longtime Evangelion fans and casual readers. There are tense battles against some particularly tricky Angels, hard-hitting scenes of the dreadful mental anguish Asuka suffers and a whole lot of intrigue surrounding Kaworu and the powergame between Gendo Ikari and SEELE. Also, the art is nothing less than excellent. It's crisp, detailed and very expressive. Basically well up to the standards we've come to expect from Sadamoto's manga art. It's taken a while for the Evangelion manga to hit its own stride, but if this volume is any indication, it was entirely worth it.