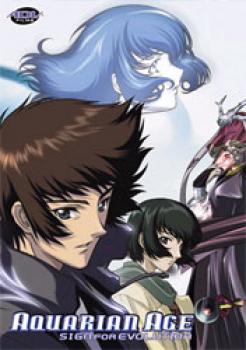 Kyouta and his pals Shingo and Junichi dream of becoming pop idols. At a New Year's show, they get their lucky break when a Cosmopop agent discovers the trio and offers to manage their debut. However, life takes a sharp turn for the weirder when Kyouta begins having visions of magical girls battling each other in the air - only he's not dreaming.

For centuries, five supernatural factions have waged war for supremacy over mankind, with legend prophesizing that one day the Aquarian Age will begin, and only one group will reign supreme. Now Kyouta's dreams must take a backseat to his destiny when he and girlfriend Yoriko unwillingly become embroiled in the conflict, as both may hold the power to turn the tides of war in favor of whiever faction can control them. Contains five episodes!