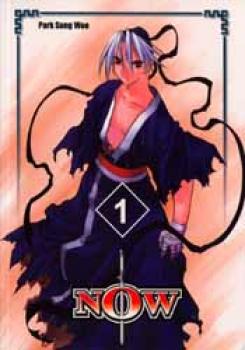 This story follows a period of Korean history between 57 BC and 668 AD known as the Three Kingdoms. 20 years after the fall of the Goguryeo Kingdom in 668 AD the two remaining kingdoms of Silla and Baekje go to war to unify the whole peninsula under a single ruler.

The legendary "Killing Art" of Sashinmu resurfaces and a mysterious cadre is hell-bent on claiming it from the few warriors charged with destroying the art before it can fall into the wrong hands. Our protagonists, Rin Yhun and Bi-Ryu, find themselves at the heart of an age-old conflict. Rin is the daughter of a Sashinmu practitioner and Bi-Ryu is the grandson of the infamous North Star. After being driven to a state of madness by completing the art of Sashinmu, North Star slew over 100 fighters and then was mysteriously murdered.

United by fate, Rin and Bi-Ryu must decide, should the secrets of the Sashinmu be destroyed, or should they be mastered once again? Joined by Bi-Ryu's tiger-girl companion, they plunge into the blood-soaked legacy their ancestors have left for them.