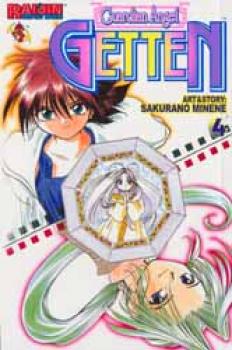 Fourteen-year-old Shichiri Tasuke is your average junior high kid - except he has two beautiful guardian angels at his beck and call. After receiving the magical Shitenrin and Kokutento from his father in China, Tasuke unleashes the guardian angel Getten Shao Lin and the Guardian Angel Nitten Luu Ann. Two heavenly guardians but one major problem: the two have never served the same master before! A life less ordinary for Tasuke begins, as he tries to balance his life and take care of his guardian spirits. And now the story (and the mayhem) continues, as Tasuke chases after the lost Shitenrin!