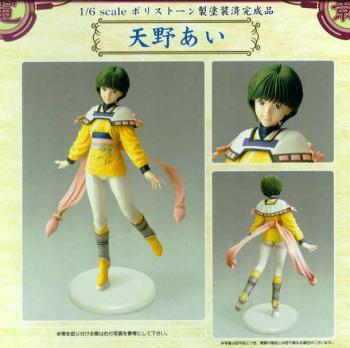 Imported from Japan! Based on the title character from the unforgettable romantic comedy by Masakazu Katsura creator of Shadow Lady! Ai Amano is a magical character who emerges from a TV set when "Dateless" Yôta, a loser with a heart of gold, pops her video tape into his VCR. Ai's not just made of sugar and spice and videotape, she's a tomboy who follows Yôta to school to take a personal hand in his love life! But the VCR clock is ticking, and Ai's running time only lasts three months. This pre-painted statue measures 12" tall and depicts the magical Ai Amano in all her glory.