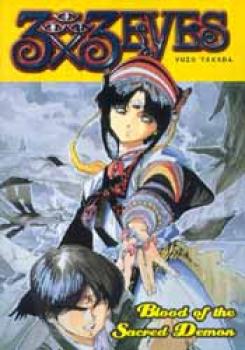 Everything changes in this volume of 3x3 Eyes, one of Japan's most popular and longest-running series! The zombie teenager Yakumo has been searching for Pai, the girl he loves, for years. When he finds her, she's in big trouble! The amnesiac Pai has forgotten all about her inhuman heritage and mystical powers, and an evil group of supernatural Puppet People are on the hunt for her! Can Yakumo use his new special attack moves to rescue Pai and restore her memories? Or will she run from him and the truth as well? Collecting the popular story arc from Super Manga Blast! #8-11!