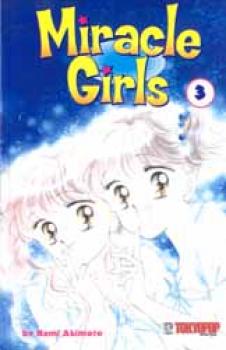 Meet Toni and Mika - identical twins as different as day and night. Although they look ordinary, when they unite, these wonder twins produce Miracle Powers: telepathy and teleportation! You would think with their fantastic abilities their lives would be easier, but more trouble lies ahead for the Morgan Twins! The new kid, Mason Templar, just won&#39;t leave the girls alone! They&#39;ve tried to keep their powers a secret, but he seems to be on to them. To make matters worse, the psychic powers that Jackson got from Mika&#39;s secret potion seem to be unstable. Now Mason is studying him too!