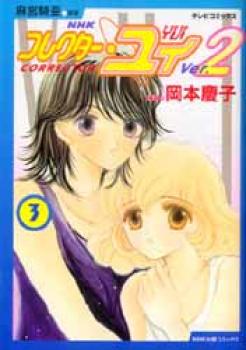 A new manga series adapting the second season of Kia Asamiya's (Nadesico) Corrector Yui TV anime. Having defeated and corrected the evil host computer in the first series, the adventures don't stop for the ditzy 14-year-old Yui. She must now face the new challenge of another bishojo Corrector! The sparks fly as these two meet and battle it out to see who will become the ultimate Corrector!