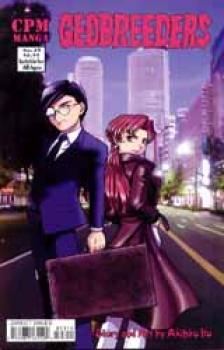 Andere artikels in Geobreeders comic US

In this issue, the highjacker lands the Japan Airlines plane in the middle of Tokyo, and the gorgeous women of Kagura Security chase him through the streets of the city in the company vans! They're outgunned and outrun, until the Air Force sends interceptors into the fray! You haven't seen anything else in comics like the Kagura girls leaping to board a plane roaring through Tokyo. Geobreeders is like a cross between Buffy and The X-Files, with a beautiful team of super-heroines and loads of supernatural action!