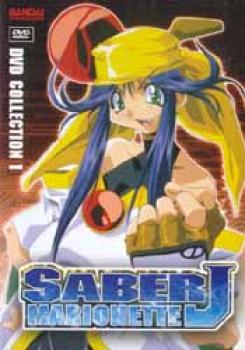 Welcome to Japoness, an all-male society, where the only females are high-performance androids without emotion called "marionettes." One day, a young boy named Otaru accidentally awakens a marionette named Lime and quickly discovers that Lime is very different from other marionettes could it be that she has emotions? Then, Otaru accidentally awakens another marionette named Cherry and the love comedy between Otaru and his marionettes begins to unfold! The first nine episodes in a double-DVD set! Over five hours of comedic sci-fi mayhem with both English and Japanese dialog tracks. For ages 13 years old and up. Text source: Previews October 2000