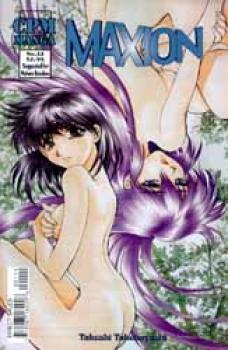 The WB doesn&#39;t have an exclusive on beautiful girls with mysterious supernatural powers that complicate their lives and make dating harder than it ever should be! If you like Buffy, if you like Charmed or Roswell, you&#39;ll love Maxion! With exciting, sensual art and a hilarious story by Takeshi Takebayashi (Time Traveler Ai, Battle Arena Toshinden), Maxion takes the mixed-up world of teen dating to all new levels of humor as the handsome, mixed up Yuichiro learns to live with the fact that his girlfriend Maki has supernatural powers and faces dangers he never imagined existed! His feelings for her grow stronger as he wants to protect her, but he also wants her... another way as well!