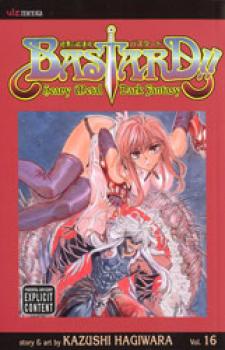 Worshipping the wrong gods can kill you!

While Dark Schneider's in hell chatting with Satan, Lars and the others continue to fight the Angels. Lucien attempts to convince the Angels that humans are beings worth saving, but his calls for mercy go unheard. Meanwhile, Yoko comes to the startling realization that Lucien is the one who has been protecting her the whole time, not the other way around. Whilst this is happening, Nei, Gara, and Kall-Su continue hacking into an ancient computer and find out the cause of the Great Destruction that laid waste to the earth years ago was not the work of demons, but of Angels! They also come to realize the god they had been worshipping was in fact the real evil destructive force on the planet!