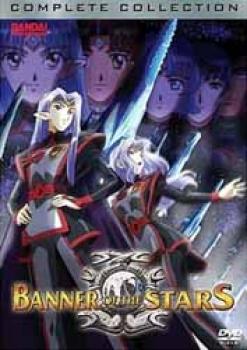 The sequel to Crest of the stars!

Together, they must fight to protect their lives and the lives of Lafiel's crew, as well as defending the Empire. And while it might seem that the Abh would have the upper hand in such a war, the crew of the Basroil finds that war is much more complicated than they anticipated. Together, they will face the challenges of: a new ship, a new crew, an unknown enemy force, new enemy weapons, a shadow from the past, and their new fleet commander, who is rumored to be insane!<UL><LI>Episode 01 - Reunion<LI>Episode 02 - Operation Phantom flame<LI>Episode 03 - Assault ship Basroil<LI>Episode 04 - The first campaign<LI>Episode 05 - Spectacular insanity<LI>Episode 06 - Remembrance dinner<LI>Episode 07 - Escape in the dark<LI>Episode 08 - The eve of the decisive battle<LI>Episode 09 - The Basroil's battle<LI>Episode 10 - Shooting star<LI>Episode 11 - The flaming battlefield<LI>Episode 12 - The battle for aptic gate<LI>Episode 13 - The shape of bonds</UL> 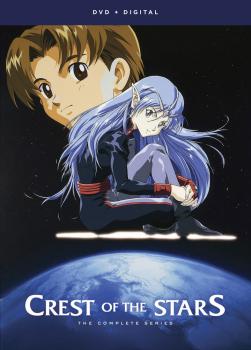