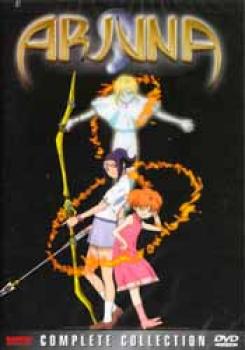 Can one Girl's Death Save the World?Present day Kobe, Japan. Teenager, Juna Ariyoshi struggles to find her place in the world, just as everyone does. But an unfortunate accident ends her young life. As she hovers between live and death, a shinning figure offers to save her life if she will become the Avatar of Time and protect the planet Earth, which is slowly dying.Now the newly-reborn Juna must come to term with her new powers and responsibilities. Working with an elite group known as SEED, Juna must battle the mysterious Raaja wherever they occur. But the problem is, she doesn't really know how.Helping her in her journey is Chris, the one who saved her. Her best friend, Tokio, who has feelings for her, also refuses to leave her side. And then there's Cindy, a young telepath who thinks that Juna can¿t possibly be the true Avatar of Time.The battle for Earth has begun, and in the end, one confused girl will hold the fate of an entire planet in her hands!