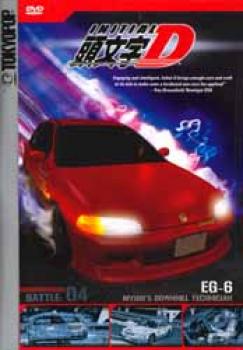 After the heated battle between Tak and Zack reaches a conclusion, Iggy sets his sights on getting an Eight-Six Levin and joining the Akina Speed Stars. But his joy is short-lived as he realizes his dream car is not all it's cracked up to be! Meanwhile, a dangerous new rival appears with the intention of toppling Tak's record by any means possible.<UL><LI>Episode 10 - The 5 consecutive hairpins
Akina's downhill claims another victim as Tak and Zack take their battle to the limit.<LI>Episode 11 - Shingo arrives!
Tak sets out to prove to Iggy that it isn't the car, but the skills of the driver that matter!<LI>Episode 12 - The FR killer
Danger shifts into high gear as Tak is challenged to a "Duct Tape Death Match"!</UL>