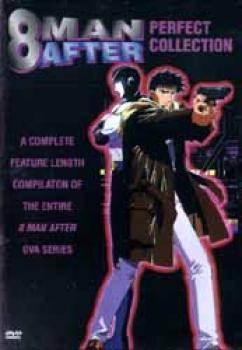 Based on the popular 1960s Japanese comic book and animation hero 8 MAN AFTER, this feature-length compilation of the science fiction series follows the original robo-cop's legacy in the ultimate hi-tech crime-fighting adventure!

With the recent disappearance of cyborg her 8 Man, murderous drug-crazed gangs known as "cyber-junkies" - part man, part machine - are terrorizing the streets of the modern metropolis. After being brutally murdered, a private investigator's corpse is transformed into 8 MAN AFTER - the only super-android vigilante who can bring the lawless to justice and return order to a city consumed by corruption and violence.

Be prepared because 8 Man has returned...with a vengeance! 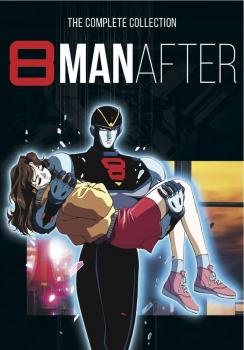