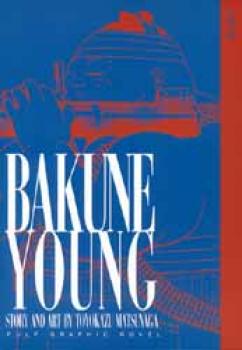 Bakune Young wants to rule the world, but isn't smart or rich enough to get elected. But one thing he's good at is fighting. There's no army he won't fight, no weapon he won't use, to wipe out the yakuza, the police, and everyone else who stands between him and world domination! So when Bakune kidnaps the Don of Nippon for a 100 trillion yen ransom, he unleashes a chain of bloodshed like nothing Japan has ever seen. Now karmic retribution has fallen upon Bakune; lying comatose in a hospital bed after the hostage massacre, he seeks redemption ¿ or at least someone to change his diaper.