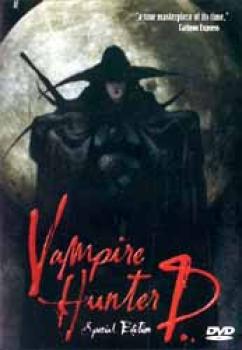 In the year 12,090 A.D., the Earth is plagued by vampires who rule over small pockets of civilization in a mockery of ancient feudal land baronies. But soon, the stranglehold these arrogant immortals hold over their helpless victims is challenged by a mysterious vampire hunter, known only as &quotD&quot. 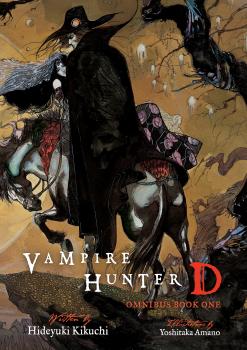 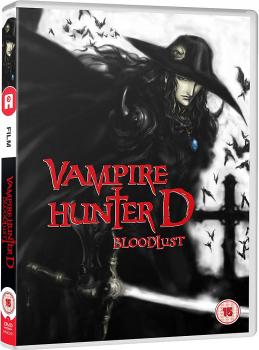 Vampire Hunter D really hasn't stood the test of time very well. Back when this film was released on VHS, it carved out quite a niche for itself, presumeably because it made a welcome change from the samey cyberpunk titles that were so widespread in the late 80's and early 90's. Things have changed since then, and Vampire Hunter D will need more than just a clever premise to stand out from the crowd.

But what a premise it does have. The concept of a distant future where the high-tech and the old-fashioned exist side by side, and vampires rule the night with their scores of monstrous creatures, is still fresh and intriguing after all these years.
It's a shame, then, that pretty much everything else about Vampire Hunter D falls apart like a nosferatu in the midday sun. The art and animation are serviceable at best and embarrassingly dated at worst. This often means that the film's attempts at tense or gruesome moments just end up looking hokey. Likewise, action scenes (of which there are quite a bit), fall flat because they lack glitz and tension. D, the film's nearly silent protagonist, is so powerful as to be nearly invulnerable, and so emotionless that it's hard to connect with him. So it all boils down to some guy in a silly suit that the viewer hardly cares about hacking up scores of monsters. You'd get more excitement out of watching someone play through an old Castlevania NES game, frankly.
I did like some of the twists in the story, especially those involving Count Magnus' elitist daughter, but those few sparks of cleverness aren't enough to save the film as a whole. If you lower your expectations, Vampire Hunter D still works as schlocky fun, but it doesn't deserve to be called an anime classic on any level. It's just too corny for that.

I wonder why there isn't more anime/manga about vampires because they rock! This dvd is a great buy if you like vampires or horror and anime such as Hellsing.

BTW This is maybe the only anime movie where I think the english dub is better than japanise one! It sounds much better and for once not all people sound annoying and stereotypical...