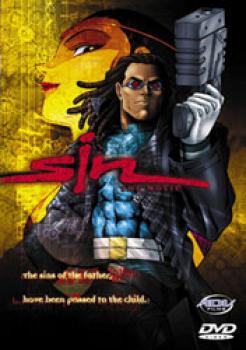 Enter the world of Sin. In the 21st century, the city of Freeport teeters on the verge of collapse. The twin tides of rampart crime and ruinous graft face but a single barrier, an elite strike-force labeled HARDCORPS. Lead by Colonel John Blade, they have become a fierce fighting force for justice in Freeport. Now, Blade must unravel a series of mysterious kidnappings. An elaborate puzzle unfolds as he delves into the decadence of the city, and at its heart is Elexis Sinclaire. Brilliant biochemist, unscrupulous businesswoman, the merciless vixen, Elexis will stop at nothing to achieve her monstrous goal ¿ to bring the evolution of mankind. Approximate running time: 60 minutes.