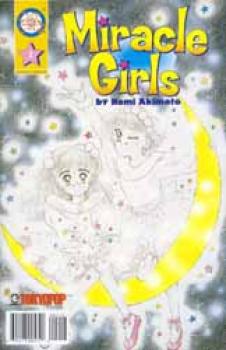 As the day of the race approaches, tomomi and Mikage find that trading places isn&#39;t as easy they thought it would be. Tomomi can&#39;t fill her sister&#39;s role of teacher&#39;s pet, and Mikage is overwhelmed by the pressure of being popular. To make things worse, Tomomi develops a crush on her sister&#39;s rival, Yuya! On the day of the race the twins accidentally teleport into Mr. Kageura&#39;s science lab where they discover that the creepy teacher is obsessed with ESP, and when he catches Tomomi inside the locked building, he suspects she might have some psychic ability. Thanks to Tomomi&#39;s athletic prowess, Class A wins the race, and the twins can go back to life as usual¿ or can they? Thinking that it was Mikage who ran so well at the race, Hideaki invites her to join the track team. Can she turn down an invitation by the boy&#39;s she&#39;s in love with?