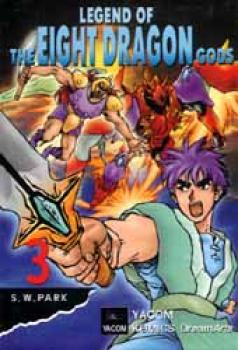 The eight dragon gods have been resurrected! But Jin-Ma is in peril with his own conscience after discovering that he is the face of evil and a pond in its game. After fighting with Yong-Ma, refusing to receive the help of the Thunder Dragon God, Jin-Ma falls off a cliff and into Soomaeruh, an underground city where he is rescued. Jin-Ma finally accepts the Thunder Dragon God's soul so that he may save mankind. In order to find Blue, Jin-Ma goes to Joo-Ra, but this causes another feud among the dragon gods... but Joo-Ra has already beaten two Dragon Gods and has absorbed their power. Jin-Ma, the reincarnation of the Lightning Dragon God is strongest of the eight dragon gods, but is he strong enough to defeat Joo-Ra?