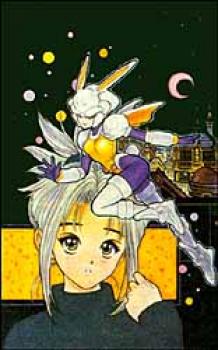 Shadow Lady concludes with a stand-alone, super-sized finale! In this special tale, readers are treated to an &quotalternate&quot take on the Shadow Lady story, featuring the main characters as younger, cooler, cuter versions of themselves! This full-length story (with no ads!) features eighteen-year-old Aimi komori, who is smitten with a new transfer student, Bright Honda. Bright is so obsessed with crime and criminals that his classmates think he&#39;s crazy. Aimi receives a special treasure: a magic eye-shadow kit! One brush transforms her from shy schoolgirl to sizzling Shadow Lady, ready to help Bright Honda in his war on the town&#39;s crime wave. But when the haughty Bright turns down her help, he unleashes the scorn of a Shadow Lady spurned¿but she still wants him to fall for her! Will he love Aimi¿or her shadowry, sexy alter ego? It&#39;s a unique &quotalternate-universe prequel&quot story which will entice new readers and thrill die-hard fans! Don&#39;t miss out!