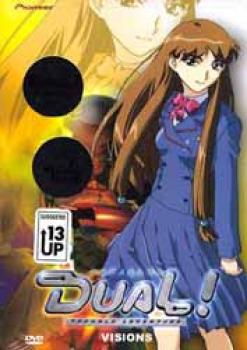 Parallel Trouble Adventure! Kazuki is plagued by visions of giant, destructive robots that no one else can see. But all of the years of ridicule are about to pay off! Before he knows what&#39;s happening, Kazuki gets ensnared by a pretty face, and then a mad scientist&#39;s experiment throws him into his world of visions! Now the danger is very real, and his allies are twice as strange as he ever imagined! On the plus side, he gets to drive the robots! From the creator of Tenchi Muyo!<UL><LI>Audio: Japanese and English<LI>Subtitles: English<LI>Running time: 100 minutes<LI>Region: 1</UL>