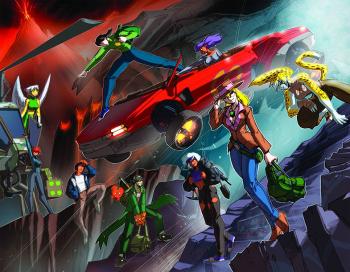 (W/A) Fred PerryThree years since since saving Britanny from quasi-space, Gina has settled down (somewhat) as an archaeology professor at Georgia State, focusing her research on the Age of Wonders, some 7-8000 years ago. Despite her best precautions, she and her students face danger in T'uala, a mighty city buried two miles below the Baja Desert, and an adjacent fortress with a 130' siege crossbow! To learn more, they must visit the Library of Time in Shangri-La, where Gina gets a surprise reunion with one of her worst foes. Gina then finds herself in conflict with a trio of competitors over the equipment of the world's first superhero team. Then she and Brianna must team up with a snooty newcomer and his jungle-man friend to stop a three-part death machine before it unleashes a storm that could destroy the world! 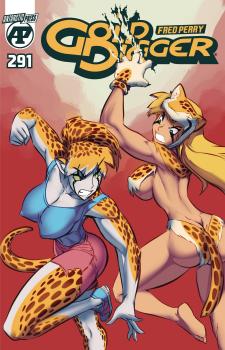