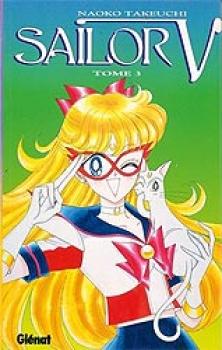 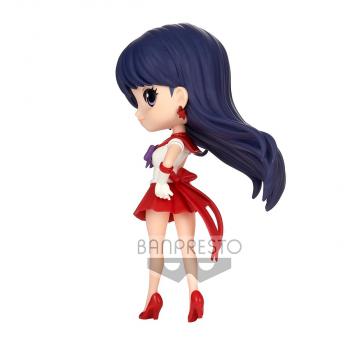 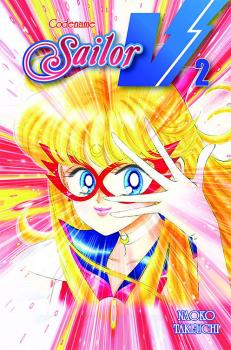 This final volume of Sailor V's adventures contains four loosely connected standalone tales, and one final chapter that wraps things up in a satisfying, if slightly abrupt manner. The first four stories are pure madcap fluff, all built around a similiar formula. Namely, Minako gets involved in some mishap, an evil entity of some kind shows up to steal human vital energy, but Sailor V engages the bad guys in battle and sends them packing (which usually involves pulling very daft special powers out of nowhere, which is thankfully always played for laughs). These stories are completely unconnected to the events of previous Sailor V volumes. There's hardly a mention of the Dark Agency, Ace, the police or other plot points that were brought up before. This is a little disappointing. All but the book's last chapter is basically purely there as filler material. However, it's such gleefully silly filler material that it does manage to entertain. Minako's capricious personality, Artemis' strained nerves and a truckload of sight gags make for some highly grin-worthy chapters that have the grace never to take themselves seriously for too long. It's also easy on the eyes - this is a more accomplished, secure Takeuchi at work. Her art looks solid while still retaining a kind of stylised, wispy elegance. And there are some downright lovely illustrations gracing each chapter's title page. The final chapter ends with a tear-jerking confrontation and revelations about the era of the Silver Millenium, thus nicely linking the Sailor V and Sailor Moon storylines (also look for brief appearances by other Senshi in the final chapter). The 'prequel' that is Sailor V finally finds its place in the Sailor Moon continuity with this final chapter. All in all, these three books are a nice, light-hearted side dish for avid Sailor Moon readers, and a lot of plain good fun.