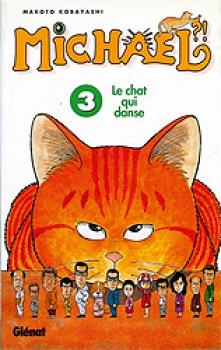 Other items in Michael?! manga FR 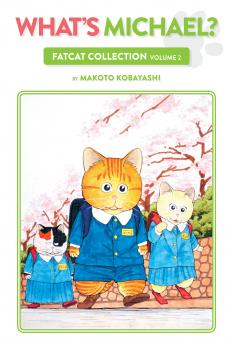 This is definitely the strongest of the three What's Michael? books that've so far been released in French under the monicker 'Michael?!' This volume features far less bizarre 'cat world' interludes (such as cat baseball games or cat business meetings) than the previous volumes did. There are still a few wonderfully absurd moments in this volume, involving such things as Yakuza with a morbid fear of cats or clumsy criminals taking Michael hostage. But most of the stories in this book are delightful little nuggest of down-to-earth humour, where the comedy is fueled by Michael displaying an ever so slightly exaggerated version of typical feline behavior. For cat lovers and cat haters alike, it's an often endearing and absolutely hilarious sight. It's also a refreshingly different, un-stereotypical manga completely devoid of the shiny hair and teenage psychic fireball-flingers that your average person would associate with manga in general. The art is down-to-earth and in a way, unglamourously cartoony. Some ridiculously exaggerated lips or chins do show up on the human characters, but the art style is a good deal more gruff than most mainstream stuff. And it's a style that works perfectly well for a collection of silly stories about an oridnary housecat and his essential cat-ness. Some of my favorite moments in this book include Michael acting all blasé while he's secretly dying to play with the kittens' cat toys, or Michael and his young being frightened out of their wits by a fat teddy bear. There are some gems of well-observed humour in this book that manage to give me enduring hysterics time and time again. Not bad at all for six-page comics about perfectly average cats.