Nobuhiro Watsuki&#39;s exciting manga series continues. Follow the adventures of Himura Kenshin, a once-feared assassin (hitokiri) and now a wanderer (rurouni). Leaving a life of slaughter behind, Kenshin is attempting to atone for all of the lives he took by swearing to an oath of non-killing. Soon he befriends a young woman named Kamiya Kaoru and other new companions, and he decides to use his blade (the Sakabatou) to defend those he loves and cares for. 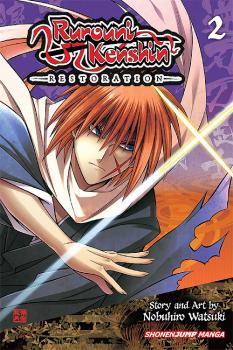