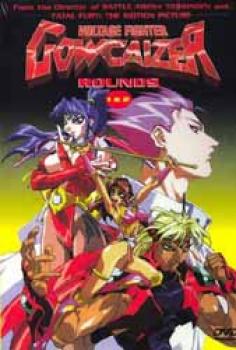 A brand-new, spectacular DVD of the hot title from the US Manga Corps! From the director of Battle arena Toshinden and Fatal Fury: the Motion Picture! The world has been rocked by a series of natural catastrophes ¿ the handiwork of Shizuru Ozaki. Unbeknownst to the rest of the world, Ozaki aspires to something greater than mere mortality ¿ even if that means destroying mankind. But one man has the power to stop him. Armed with the mysterious Cazier Stone, Isato Kaiza possesses the power to transform into the armored hero Gowcaizer! Gowcaizer and Hellstringer join forces with the vengeful man with a magic sword and a hidden past. Together, they must defeat Omni-Exist, the ghost-like personification of destructive human impulses. Based on the hit video game!