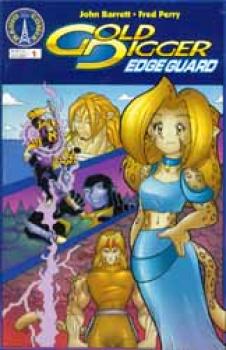 From the pages of Fred Perry&#39;s Gold Digger, the Edge Guard takes center stage in this new adventure mini-series from Radio Comix! In the mystical world of Jade, a proud group of adventurers called the Northern Edge Guard are sent on dangerous missions to keep the peace. But one of their own has mysteriously deserted ranks during the traditional Festival period. Can Tirga unlock the mystery of the sinister Eastern Guard of Kitsune before Sheila&#39;s heart is stolen away by their cunning? Fully approved and lovingly overseen by Gold Digger creator Fred Perry at every stage, Edge Guard is the first in a series of high-quality spin-off titles published by Radio Comix, and based in the popular Gold Digger universe! Bimonthly. 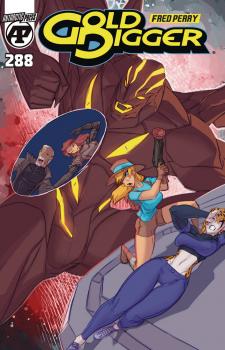