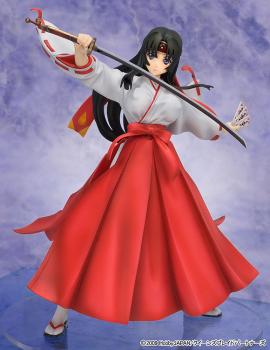 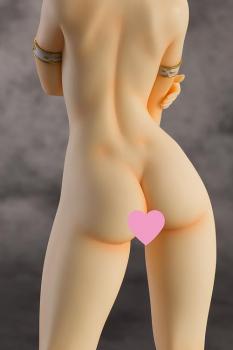 Overall, this is a very likable figure. The pose is nicely dynamic and Tomoe always looks cute.

It would be nice if the head were slightly raised to allow 'eye contact' with the viewer. The join lines at the shoulders could have been hidden better in the folds of the jacket but are not too obvious.

The design of the component pieces effectively limits you to the two configurations illustrated. That's annoying as a slightly more intelligent design would have allowed a much wider range of possibilities.

Having said that, the fully-clad version looks best anyway so maybe the lack of options isn't so serious.