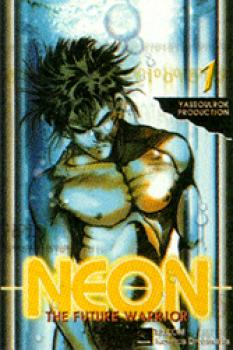 Scientists have discovered an amazing individual whom they later discover is originally from the scientifically advanced lost continent of Atlantis! Neon slowly begins to recover his lost memories of his life as a slave, forced to play a deadly survival game of Power-ball. But he soon becomes the target of five combat cyborgs, sent from Atlantis to assassinate him for stealing the love of a Princess, set to wed another royal count. Forced to save mankind in his new home, Neon, the ultimate warrior, is in constant struggle between the resurrection of his own memories, dealing with the loss of the only life he ever knew, and the assassins on his trail. All the while scientists continue to probe him for knowledge of the future of science.