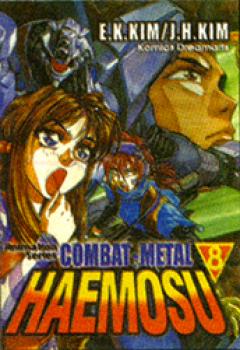 With the fate of the human race in his hands, does Kyung, a kid from the 20th century, have what it takes to defeat the evil Cobra and obtain the six remaining microchips to activate Amazon, the atmospheric converter? Kyung, Mic, and Kain fight the diabolical Cobra in a twisted game of cat and mouse, as they search for the missing microchips that are the only hope of the humans of the 23rd century! Don&#39;t miss the final chapter of Combat Metal Haemosu!