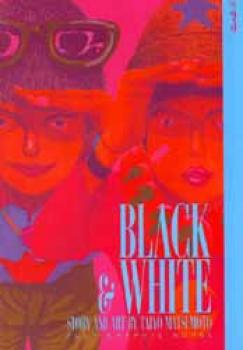 A surreal tale of the metropolis, drawn in a style between European and Japanese comics! This volume collects the black-and-white installments from Pulp Vol. 3 #8, as well as the five-issue black-and-white limited series. In this volume: after street orphans Black and White are separated, they go down different paths. White is taken into a &#39;normal&#39; childhood under the foster care of detectives Fujimura and Sawada. But out on the streets, Black becomes ever more brutal, making him a target for the assassins stalking the city under the commands of the foreign crime bosses and their Japanese hireling Kimura. As the violence spreads, as yin separates from yang, Black&#39;s course sets him on a collision with the legendary killer known as the Minotaur... who may not be a human being.