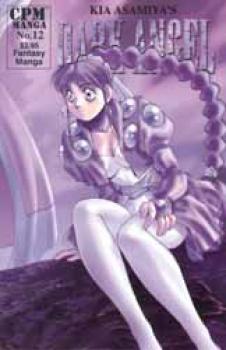 After being swallowed up by the earth, the Dark Angel rises transformed, with immense dark wings as he prepares for a climactic battle - but Shou-Sama also transforms to face Dark, summoning the Beast Within, the Fangs of White Tiger! Swords shatter and are cast aside as the two heroes meet in mortal combat, and the very forces of nature seem to join the fray as cliffs crumble, the heavens open, and winds swirl around the battlefield.