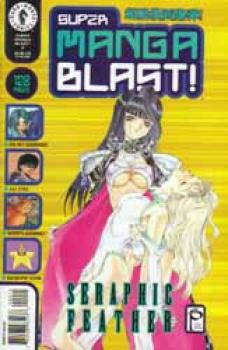 More manga for your money! Dark Horse&#39;s new flagship manga title continues with its second super-thick issue! Cover-featured this issue is Seraphic Feather, the brand-new-to-the-US series. Also featured is another &quotlost episode&quot of Dark Horse&#39;s best-selling Oh My Goddess! (never before published in the US), plus more of 3x3 Eyes. This issue also features Shadow Star and another installment of the award-winning What&#39;s Michael? It&#39;s five stories in 128 pages-for the price of less than two regular manga comics! SMB! is a must-read for anyone who loves Japanese comics!