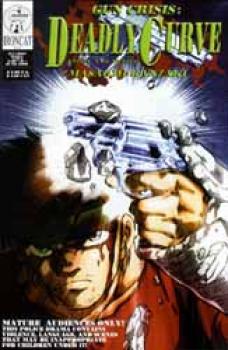 The final issue of Masaomi Kanzaki&#39;s Gun Crisis goes out with a bang, so to speak! &quotGun Dance&quot finds the two misfit detectives who are about to rain on the parade of the purveyors of the highly addictive drug &quotCurve&quot who are in the middle of conducting business. With Det. Inagaki on the case, you can be sure that he won&#39;t stop until the job is done and all the bad guys get their just desserts!