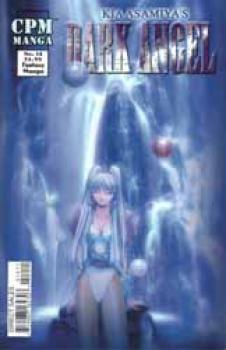 Manga superstar Kia Asamiya&#39;s (Star Wars: The Phantom Menace, Nadesico) greatest comic series continues in another fabulously drawn issue! The beautiful Lin has undertaken a quest to recover the golden orb that was the rightful possession of her ancestors of the House of the Blue Dragon. After setting sail in a magnificent galleon, a fierce storm appears from nowhere, and Lin is shipwrecked on a desolate, rocky coast. Another exciting, action-filled tale from the Master of Manga!