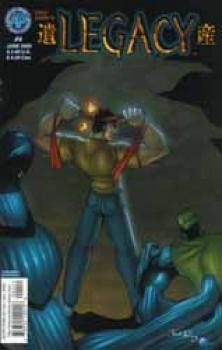 Just when the Wrath seem finished, just when the battle appears to be won, the Archessence reveals its true power, snatching defeat from the jaws of our heroes&#39; victory! Joe, Vicky, Tracy, and Shiva are forced to flee the city, which is now totally under the control of the Wrath. To make matters worse, they have to escape in the middle of early-morning rush hour! It&#39;s fast-driving, high-speed fighting action in this issue of Legacy... but the other shoe doesn&#39;t drop quite yet! Quarterly.