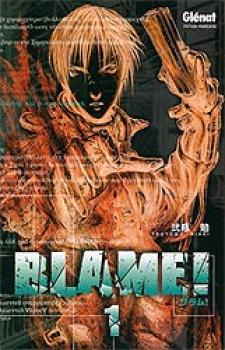 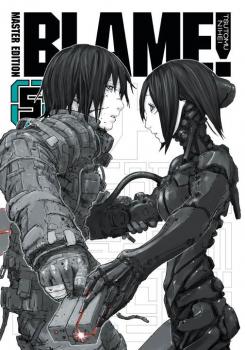 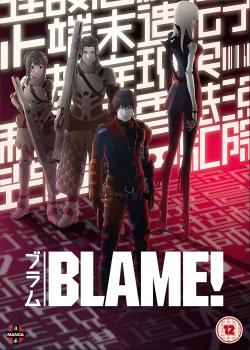 There's very little text in the 250-ish pages of this first volume, and very little details as to what exactly is going on. The first page merely informs us that this takes place 'maybe on earth, maybe in the future'. Wherever and whenever the world of Blame! is situated, it's not a pretty sight. The manga follows a young man named Killy who basically roams around in a massive futuristic complex. What he's doing there, and what his goals may be is not clearly revealed (collecting cells/genes is apparently important). Apparently, as far as Killy knows, this complex *is* the entire world, and most beings spend their entire lives there. And it's a place where danger lurks around every corner. Human settlements are few and far between. Gruesome creatures, some organic, some mechanic, all thirsting for human blood, are all over the place.

The manga's vagueness works in its favor so far. The reader is basically thrown right into this bizarre world and just follows Killy's wanderings. These early parts of the manga are basically glimpses into the frightening world Tsutomu Nihei has imagined. Whether it's going somewhere, whether some big, all-encompassing revelations are in store, I really can't tell. The story might also continue as a series of loosely connected vignettes about Killy's wanderings, never bothering to explain away its entire world.

Whatever direction it's going to take, this first volume is an interesting, atmospheric read. The bleak, cruel environment painted by Nihei is full of otherworldly, often chilling sights. At this stage, Blame! may not be more than just an interesting thing to look at, but it doesn't pretend to be more than that either. And it's good at what it does so far. Nightmarish cyberpunk worlds have been done before, but it's done with great style here. For its buckets of dark atmosphere and its sheer unusual narrative style, this first volume of Blame! is something that makes you sit up and take notice.