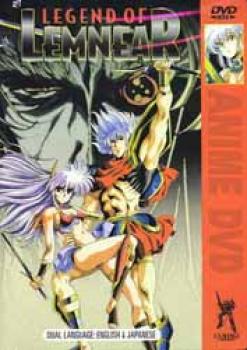 Featuring the creative talents of Kinji Yoshimoto (Kekko Kamen 2, Plastic Little), Satoshi Urushibara (Plastic Little), and Norimasa Yamanaka (Appleseed).
Journey to a world living under the shadow of evil. It is an age of darkness, of sorcery ¿ and of heroes. As the monstrous legions of the Dark Lord spread across the land, the sole surviving warrior of a devastated village hungers for vengeance ¿ Lemnear, the fabled Champion of Silver. As beautiful as she is deadly, she hunts the wizard Gardein and has vowed to kill him and his evil master to avenge the slaughter of her people.
But as Lemnear soon discovers, a greater destiny lies ahead than simply being the messenger of revenge. Within her lies an almost invincible power. A power which could free all mankind. A power the Dark Lord will do anything to possess.
And now, from the slave pits of the Dark Lord¿s minions, to the horror of his impregnable fortress, Lemnear must journey to confront the face of pure evil. Can she live up to her role in the prophecy, or will she be consumed in the Dark Lord¿s holocaust of conquest?