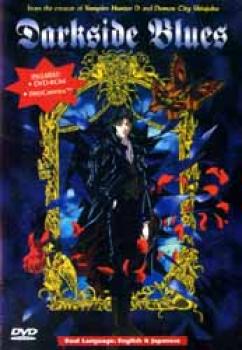 From the creators of Vampire Hunter D, Demon City Shinjuku, and A Wind Named Amnesia! In the future, the Persona Century Corporation rules 99% of the world. They thought they wielded absolute power. They were wrong. A dark mystic has appeared in the lawless free-zone known as Darkside. But the Corporation is aware of the threat he poses, and has the resources of an entire world to throw against him. Can one mystic and a small band of freedom fighters stand against a tyrannical, global dictatorship? <UL><LI>Audio: Japanese and English<LI>Subtitles: English<LI>Extra features: WebConnex, dual language Voice Actors page, Chapter Stops, and Promotional Trailers<LI>Running time: 83 minutes<LI>Region: 1</UL>